The Caddo GOP Presents “Reels & Republicans: Death of a Nation” 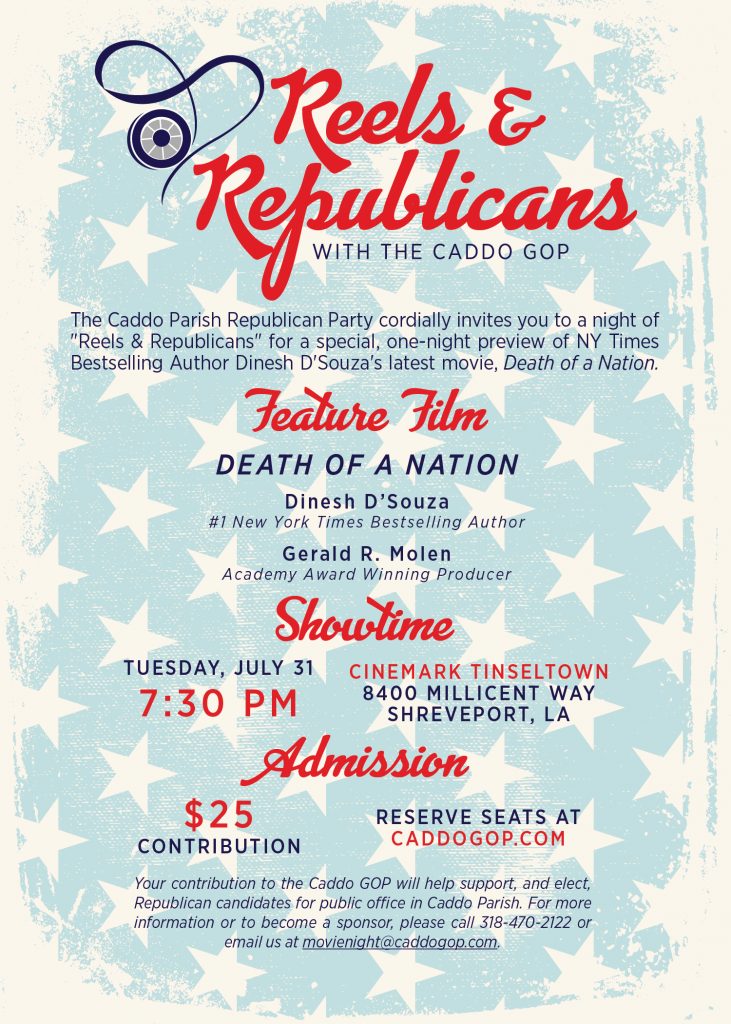 The Caddo Parish Republican Party cordially invites you to a night of “Reels & Republicans” for a special, one-night preview of Dinesh D’Souza’s latest movie, Death of a Nation, on Tuesday, July 31st at 7:30 PM. For a $25 contribution to the Caddo GOP*, you’ll receive a seat to this advance screening. Death of a Nation is a thought-provoking defense of conservatism and the Republican Party against the Left’s accusations of fascism and racism, particularly exploring the history of fascism and socialism and how they have affected American politics. What is the true definition of fascism and what political figures or groups are actually falling prey to it? Death of a Nation seeks to make Americans informed citizens so that they can carry the nation from the brink of chaos to the heights of freedom.